Verification of Consistency token in SYSPACKAGE, DBRMLIB and LOADLIB.
When a Job abends at a program due to bind error with SQL code of -805 or -818 then generally there is issue with consistency token (often referred as CONTOKEN). These kind of abends can be easily fixed if we can find where the CONTOKEN mismatch occurs.
STEP1:- CONTOKEN in Package
RUN the following query 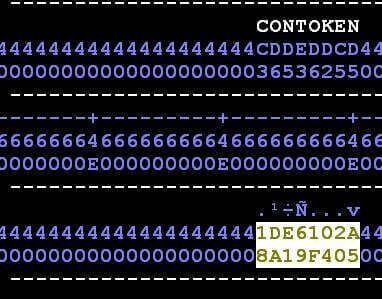 The contoken in the above image is

STEP2:- CONTOKEN in DBRMLIB
The "PDSNAME" field above will indicate the DBRMLIB used for binding the module.
Goto the DBRMLIB
Open the DBRM for the above module, it will have the same name as the module name.
Search for the contoken in hex mode by entering the following command

Note:-
If its found, no problem and if not then you need to process the link to fix the issue.
CONTOKEN in load of the program
Open the load object for the program, it generally has the same name as the module name.
Now search for the reversed CONTOKEN in hex mode in the load of the program using command
F X'1F0420A518DAE169'
Note:- If the CONTOKEN is found then its fine and if not then you will need to recompile and also relink(if
composite load also doesnt has this) to fix the issue.

Clarification regarding calling and called program

Hi,
suppose we have pgm 'A' which calls pgm 'B' which is dynamic call.
i am getting an -805 error when pgm A calls B.
how do i handle this situation.?